The territory’s seasonally adjusted retail trade for March 2022 rose 1.9% to $301 million from the previous month, mostly supported by purchases of household goods, according to data from the Treasury and Finance Department.

Seasonally adjusted data allow for a more accurate comparison of economic conditions from one period to the next.

However, the annual results indicate that the territory’s retail trade (seasonally adjusted) fell 0.4% – the weakest result among the jurisdictions – dragged down by the food retail sector. 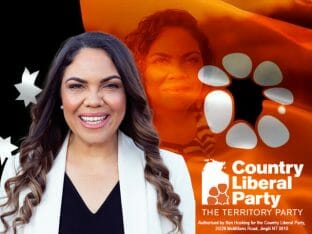 The territory’s retail sales, in inflation-adjusted terms, also fell 1.7% to $840 million for the quarter ending March 2022, the lowest among the courts. Revenue results for other jurisdictions averaged between a 0.9% decline in Tasmania and a 4.2% increase in the Australian Capital Territory over the same period.

Year-over-year, retail territory revenue declined 4%, again the lowest result among jurisdictions. In other jurisdictions, the annual change ranged from a 0.1% increase in Tasmania to a 6.9% increase in Victoria.